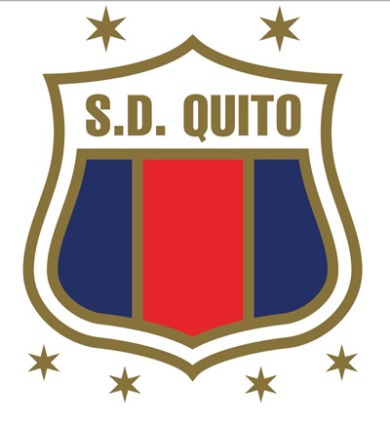 After last week’s international game it was strange to return to a near empty Atahaulpa Stadium. Gone were the masses of yellow and instead was the blue and red of current Serie A champions Deportivo Quito.

Emelec are one of Ecuador’s most successful clubs with 10 titles and were formed in 1929 by American, George Capwell and named after his company; Empresa Eléctrica del Ecuador. For this reason they are known as the El Bombillo (The Lightbulbs) or Los Electricos (The Electrics). Their main rivals are Barcelona, also of Guayaquil and their city derbies are called the El Clásico del Astillero (The Shipyard Derby).

On Wednesday night Emelec lost the latest El Clásico del Astillero 1-0 in the George Capwell Stadium. The defeat was a double blow as it preserved Barcelona’s lead at the top of the table while Emelec fell 3 points behind in 4rth.

Deportivo Quito was still smarting from a 3-1 home defeat to Deportivo Cuenca on Wednesday. With their Championship chances already lost Deportivo Quito’s only competition was to finish above fellow Quito and Athaulpa dwellers El Nacional, who sat 2 points ahead of Deportivo in 7th place.

Following their humiliation against Universidad Chile in the Copa Libertadores, Deportivo sacked their Argentinian coach, Carlos Ischia and replaced him with the Uruguayan, Nelson Acosta. Looking for his first win Acosta opted for attacking line-up which was positive right from the kick off. 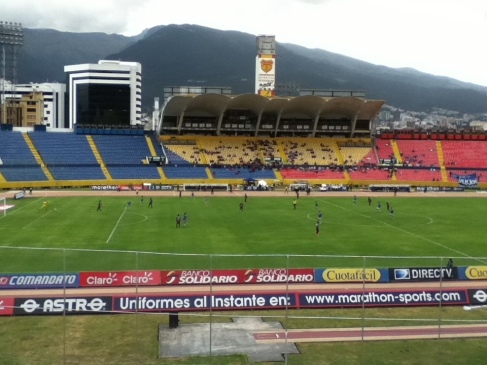 Deportivo concentrated much of their attack down the left flank and through Luis Saritama in centre midfield. Several times during the opening exchanges Emelec had to clear crosses and scramble to last ditch tackles to prevent the intentions of Argentinian, Maxi Bevacqua.

In the 19th minute Deportivo took the lead through Danny Luna after he collected a Dreer parry then shot low into the Emelec net. From then on, Deportivo dominated the game and restricted Emelec to wild, long range efforts which never troubled the Deportivo goal-keeper.

Throughout the game both teams Argentinian centre forwards (Luciano Figueroa and Maxi Bevacqua) were slow and cumbersome, spurning many chances   and refusing to run down lost causes. If only they had taken inspiration from Andy Carroll’s forward display against Sweden they could have affected the game. Instead they looked more like the moody and selfish Zlatan Ibrahimovich. 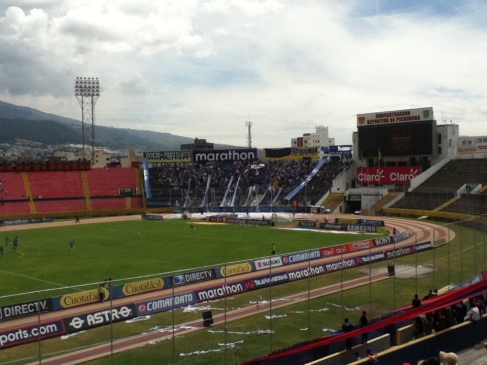 The start of the 2nd half was scrappy with both teams committing rash fouls and cancelling out the midfield.

Deportivo finally managed to inter-link some passes together in 59 minutes which ended with Saritama sliding a through ball to Luis Congo. The attacker opted to cut the ball back but a sliding Achilier handled leaving the referee no choice but to point to the spot. Congo was not to be denied again and he powerfully, dispatched his spot kick to double the home teams lead.

This looked to be the final result until Emelec grabbed a consolation with the last kick of the game. Fernando Gaibor did well to dribble past a couple of defenders but he was crudely taken down Luis Romero, again leaving the referee with no choice.

Deportivo’s win made no change to their league position and they still languish behind El Nacional(who recorded a fine 2-1 win away to Barcelona) in 8th position.

In Sunday’s other games Independiente moved closer to leaders Barcelona with a 2-2 draw against Liga while Loja lost 2 points against Macara and continue to lie in 3rd place.

The last two rounds of games in Serie A did not shake-up the leading pack with the top 6 teams still only being separated by 4 points. As the league moves towards the closing stages all the top half of the table can have realistic championship pretensions.