The first stage or “etape” of the Ecuadorian Serie A was wrapped up on Sunday with Barcelona claiming top spot. In a dramatic last weekend the Guayaquil giants actually lost away to Deportivo Cuenca 1 – 0 however won the first stage of the Championship due to a superior goal difference.

Liga de Loja finished with the same points total but with an inferior goal difference of 11 and had to settle for the runner-up spot. Considering they were only promoted last year and have fraction of the bigger teams resources Loja can be mightily pleases with their position despite the last day heartbreak (especially as they gained Copa Sudamericana qualification).

The real last day losers were Independiente Jose Teran who were pipped both for the title and a Sudamericana place. The provincial team from Sangloqui had led the table for the majority of the “etape” but were leapfrogged by Barcelona, Loja and Emelec after Sunday’s games.

Again despite finishing the league equal with Emelec they were bumped to 4rth as a result of an inferior goal-difference. This wasn’t helped by Emelec thumping Olmedo, 5 – 0.

The league now moves into the 2nd stage which will be the same format as before. At the end of this term the two stage winners will play-off for the total championship.

The 1st stage has been fairly disastrous for the Quito teams with Liga de Quito, Deportivo Quito and El Nacional finishing 6th, 7th and 8th respectively. Deportivo have already made moves in the transfer market in order to retain their championship and Liga have also brought in new faces but Nacional have still to invest. 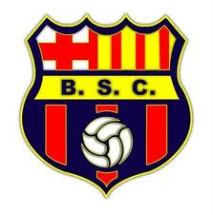