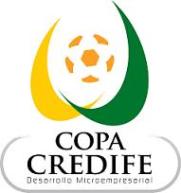 Barcelona moved clear of the pack to take the lead in this term’s 2nd game.  The Guayaquil giants hammered Macara 4 – 0 to take a two point lead over their city rivals Emelec, who could only draw 1 -1 versus Technico Universitario. Emelec sit level with Liga with 4 points.

With only two games played it is hard to make any judgements but in general most teams have carried on their 1st term form.

The real surprise so far has been Deportivo Quito who lost for the 2nd time in a row against Manta. Deportivo have invested heavily in new players but so far they have failed to improve their fortunes. Similarly Liga de Loja have made a poor start to this term and languish in 2nd bottom. Both teams will hope to abandon their league form when they compete in the Copa Sudamericana matches in the next month.

Week 3 will take place on Wednesday with the pick of the bunch being a Quito derby in the Atahualpa Stadium. In reality Deportivo must beat Liga if they want to retain their championship.

In other new the Ecuador Football Association released the dates and time for the next two World Cup Qualifiers. In reality the association’s hands have been tied by another dreadful directive by FIFA. Alike the European based qualifiers matches will now be taking place on Tuesdays and Fridays. The games will probably take place in the late afternoon locally setting in motion a mass scurry of movement in Quito. Lame excuses and requests for early days are being conjured all over Ecuador as I write.