On Wednesday I managed to get along to the Atahaulpa Stadium for the Quito derby: Deportivo Quito vs Liga. Unfortunately it was a fairly drab game with neither team really creating a lot of chances. The game was not a total loss however as I managed to scoop a fair few beers and see Edison Mendez in the flesh (something that impressed my PSV supporting friend a lot more than me). For such a big derby the stadium was less than half full and number around 15-20,000.

Both goalkeepers had a couple of fine blocks and many punched clearances but in the main they were largely untroubled throughout the game. Liga appear to have a far more physical and taller team but did not really use this advantage.

Deportivo enjoyed the bulk of possession and looked the more threatening but with the notoriously, profligate Bevacqua leading the line, chance after chance was squandered. It’s hard to understand why Deportivo decided to retain Bevacqua when he seems to be so static and uninspiring. He did have one acrobatic chance which was tipped over the bar but barring this fleeting moment of apparent genius he was fairly rotten and was subbed not long after the 2nd half started.

Nelson Acosta (Deportivo coach) continues to tinker with his new side and this time he left Luis Saritama and Jefferson Hurtado on the bench. It was a risk that did not pay off and leaves Deportivo in 2nd bottom position. The Uruguayan has to quickly find his best 11 and start to record victories if Deportivo are to mount a league challenge.

In the nights other games Emelec beat Liga de Loja to take first place in the table. Renato scored the opener in 36 minutes for Loja but a late charge and two goals from Marlon De Jesus secured the points with Palacios adding on more deep into injury time. The defeat for Loja secured their bottom place position.

Olmedo thumped Universitario 4 -1 in Rio Bamba with Garavano , Caicedo , Sanjurjo  and Souza getting a goal a piece.

While in Ambato, Macara beat Deportivo Cuenca 2 -0 again with the goals coming in quick succession in the 52nd and 53rd minutes. The win boosted Macara to 3rd position.

Alos on Wednesday night Barcelona played their first game in the Copa Sudamericana drawing 0 – 0 away to Deportivo Tachira of Venezuela which gives them a strong chance of progressing. 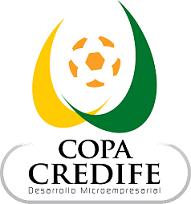 On Sunday there is a full match day in Serie A. For the first time I am going to make predictions but given I have never won money in all my years of gambling (in football) I’d take these bold guesses with more than a pinch of salt.

2 thoughts on “Emelec go top as Barcelona play in Sudamericana”