What excitement . The release of the official poster and logo.
But look closer ahhh it has strange, tribal designs and indigenous type stuff. And look even closer the middle, white bit is in the shape of Brazil.

Damian Diaz hits a fine shot for Barcelona in the Copa Libertadores.

But extra plaudits must go to the designer of Barcelona’s new kit who managed to fit at least 5,000 advertisements onto one shirt.

All this time I was deceiving myself, Scotland are going to Brazil after all.

Tonight’s historic 1-0 win against Estonia signifies a seismic change in our fortunes.

To be fair we had a couple of quality performances from Charlie Mulgrew, Chris Burke and Robert Snodgrass especially.

There were many changes in the second half and while no-one set the heather alight it was a solid performance.

Unfortunately every single one of our Group A opponents won as well. Some emphatically.

But a win is a win. Everything movies to the home game against Wales. Lets see what happens. 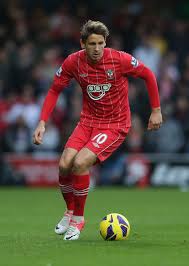 The Champions League is only a week a way and as it falls into the last 16 it at last becomes interesting.

Manchester City and Chelsea were biffed out with barely a whimper joining Ajax and Benfica as the only real “big team” eliminated.

This leaves a very healthy looking draw with all of the big guns and some exceptional ties.

I’m going to go through them one by one and give a forecast/guess/punt:

Schalke have put their dreadful league form behind them and upped their game in this year’s CL.However Galatasaray did well to edge out Cluj to claim a last 16 spot, beating Man Utd on the process.

Much will depend on the 1st Leg and how the Germans can handle “hell”.

My pick : Galatasaray to progress through on away goals.

Celtic have been amazing so far and have proved to be a match for anyone at Celtic Park. If they can keep a clean sheet in Glasgow and protect a lead in Turin they could edge past a strong Juve. However I feel their midfield is too week to withstand the likes of Andrea Pirlo and Claudio Marchisio.

Bayern are simply too strong for a limited Arsenal. The Germans are running away with the Bundesliga thanks in main to the free scoring Mandzukic, Shaquiri and Muller (Gomez is injured).

The Arsenal defence looks porous with Mertesacker still to find his feet and goalkeeper Szczesny mercurial at best. Giroud and Walcott are impressing in EPL but that won’t be enough to overcome Bayern.

My tip: Bayern safely through by an aggregate of at least 3.

Despite falling 12 points behind Bayern in the Bundesliga, Dortmund have played well in season’s CL topping the Group of Death.In Lewandowski and Marco Reus they genuine class and a top manager in Jurgen Klopp.

Shaktar are no mugs and have  a mix a Brazilians( Luis Adriano) and leading Russian players. That being said Dortmund should progress.

My tip: Dortmund to close the show in Germany.

Despite their purchase of Mario Balotelli the Italian giants will simply not have enough to beat Barcelona over two legs. Serie A has weakened drastically in recent years and Milan even more so.

Expect a Messi hat-trick and another Iniesta/Xavi show.

My Pick: Barcelona to breeze through.

The tie of the round sees Ronaldo return to Old Trafford and Mourinho back in his element. Real trail Barca in the league but I feel they still have too much for Ferguson’s reds.

Man United have chanced their luck in the EPL and benefited from a weak EPL. Ronaldo and Ozil will run rings round Johnny Evans and embarrass De Gea.

Free spending PSG have the tax  dodging Beckham and a host of international stars in their squad. They should have enough to eliminate Valencia , but i hope not.

The French giants have a bottomless pocket of wealth while the Valencianistas are broke as a joke.

My tip : Ibra is sent off in first leg and Valencia prevail.

The 8th tie is perhaps the weakest but the most evenly matched. Both teams did well to progress and at the expense of better funded Eastern European giants.

Porto currently top their domestic league while Malaga lie in 4th in the stronger La Liga.

My tip : Porto to progress by the odd goal.

Inspirational video about a football team in Thailand. Although it also serves as a bank commercial it seemingly tells the truth about the team.

Wouldn’t like a nail or skelf up those barefeet and sliding tackles would be out of the question,
.
Thankfully their pitch is astro-turfed now 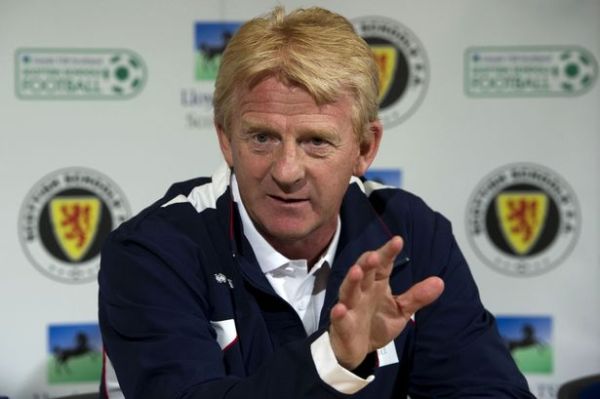 In 2014 football will truly return home and Scotland has about as much chance as the Vatican City of making it. An awful start to the qualifying campaign sees us languishing at the bottom of Group A, 2 points from 4 games and 8 points of the pace.

It has been a hideous start and about as salvageable as the Titanic. The more you think about it the more depressing it gets.

Even if we win all our remaining games there is little chance of making one of the 8 play-off places.

New manager, Gordon Strachan will probably be in Brazil, as a pundit for ITV. His aim must be France 2016 and building a team at least capable of competing for one of the 24 places available.

It is not an insurmountable mountain to climb but it is Kilimanjaro rather than Ben Nevis. Scotland has an adequate first 11 who thus far have under-achieved but we do not have the riches of say Belgium or Croatia (Both of which are in Group A).

The current strongest 11 is probably as follows:

These players, barring Jordan Rhodes are the most experienced players available. The younger players such as Fraser Fyvie , Tony Watt, Johnny Russell and Gary Mackay Steven should  evolve through the under teams and B squads.

Players such as Robert Snodgrass, Danny Fox, James Forrest, Barry Bannan, James McArthur, Christophe Berra and Graham Dorrans will be in the full squad and be drafted to cover injuries, suspension or loss of form.

Next month’s friendly against Estonia will be little more than a welcoming party for Strachan, it matters not.  The qualifiers start again next month with a double header against Wales (home) then Serbia (away).  An away fixture against Croatia follows in June before the remaining fixtures are played in August September: Belgium (home), Macedonia (away) then Croatia (home).

Strachan’s big test and chance to ingratiate him with the Scottish support will come on August 14th when the Tartan hordes travel down to Wembley. By that time the English will have qualified for Brazil but it will afford us the chance to get a rare win against the Auld Enemy.

Long time ago in a galaxy far away, the winning of this fixture was of paramount importance nowadays however it will have little resonance and in Scotland’s case a consolation prize for not making Brazil.